How to calculate interest on the late payment of GST?

Interest applies to the late payment of GST. Section 50 of the Central Goods and Service Act 2017 states the following provisions.

(1) Every person who is liable to pay tax in accordance with the provisions of this Act or the rules made thereunder, but fails to pay the tax or any part thereof to the Government within the period prescribed.

He shall for the period for which the tax or any part thereof remains unpaid, pay, on his own, interest at such rate, not exceeding eighteen per cent., as may be notified by the Government on the recommendations of the Council.

Explaining the above provision in laymen’s language. Here every person stands for all the taxpayers who are registered under GST, who are not able to pay GST within the period prescribed are liable to pay tax at the rate of eighteen percent.

Take an example, A taxpayer fails to make a payment of Rs. 20,000 GST for January which was payable on 20th February. The taxpayer makes payment on 10th March. Please advise him how interest will be calculated.

Interest will be calculated as follows:

28 days has been assumed in February

Moving to the next provision of Section 50

(2) The interest under sub-section (1) shall be calculated, in such manner as may be prescribed, from the day succeeding the day on which such tax was due to be paid.

The third provision of Section 50 states that, 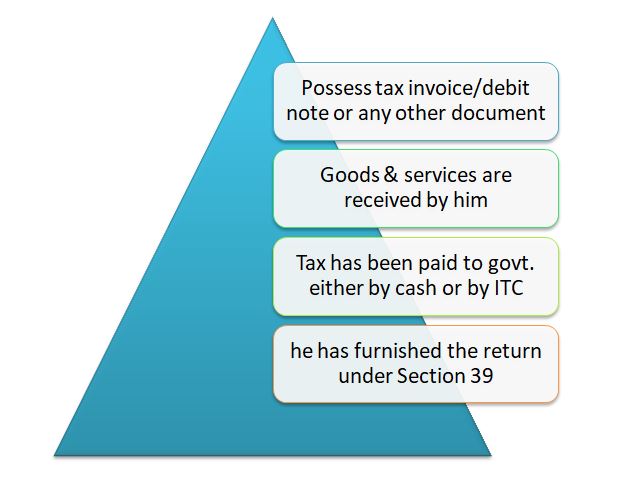 In the case taxpayer claims credit on items specified under Section 17(5) and Section 16 conditions are also not satisfied. It will be considered that the taxpayer has claimed excess credit which would liable to be reversed along with interest at the rate of twenty-four percent.

Summarising the above provisions, that would be more compact and clear.

How interest is paid in GST?

The interest amount is separately charged, GST is not payable on the interest amount. Moreover, the liability of interest is to be paid in cash in separate accounts viz CGST, SGST, IGST. Payment of interest cannot be adjusted with Input credit available in the credit ledger of the taxpayer.

First and foremost at the time of making Challan, check thoroughly how interest is getting paid in separate accounts. There is the chance that interest pertains to IGST while you have made the challan under CGST and SGST.

In Table 5.1 of GSTR 3B form, the interest amount can be checked. However, in GSTR -1 interest amount is not to be shown. In case, you have paid interest in IGST, CGST, and SGST the amount will be reflected separately in GSTR 3B.

Now, taking interest from the government on GST refunds.

When there has been a delay in crediting refund to the registered taxpayer based on GST payments made previously, the government is liable to pay interest on the refund amount outstanding at 6% per annum along with the refund itself.

The applicability of the GST refund is governed by Section 54 (section 12) and Section 56 of the GST Act, 2017. A higher interest rate on GST refunds at 9% is payable by the government under Section 56 if a delayed refund is issued as a result of an order from an applicable appellate authority

Akash Arora is the partner of the firm maintaining Gstmentor.  He is a certified Forensic Auditor and has obtained the recognized qualifications to Practice in India. His interests revolve around Direct and Indirect Taxation. One thing which he realized was Compliance is not as burdensome as it is made to appear. It was this idea, which made him start a platform to provide timely, professional, and cost-efficient services to Indian Businesses.
Feel free to connect with him.

Do you need help in filling Ecommerce GST Returns? Click here to get started Step by Step Guide Step 1 Learn how to generate reports from Flipkart Seller Account Step 2A Learn about TCS under GST on eCommerce with example Step 2B Filling TCS and TDS credit received under GST  Step 3 Filling GSTR-1 and GST…

Interest on delayed GST Payment The legal position Recently, the GST Council has held its 39th meeting in which it has approved that the interest on GST late payment shall be payable on liability paid belatedly in cash component only, and this shall be made applicable w.e.f. Jul’2017 i.e. retrospective effect.  However, it shall be…

GST Audit and GST Audit Checklist In this article, we have discussed the points to be checked in GST Audit and later we have provided a GST Audit checklist. A taxpayer registered under GST will undergo GST Audit which would involve examination of GST returns, documents, accounting records to identify any possibility of GST evasion….

Any Doubt? Get Free Expert Advise

Call Us
Whatsapp Us