The old return system has many complications regarding Input tax credit and amendments. Plus, making a reconciliation of GSTR-1 and GSTR 3B form for big taxpayers became a tedious job. So, the government is now launching new GST return system. Under the new GST return system, there will be one GST RET-1 and its two annexure GST ANX-1 and GST ANX-2.

Since the guide is on how to fill GST ANX-1?  ANX-1 contains details of outward supplies, imports and inward supplies attracting reverse charge.

As per the decision taken at the 37th GST Council Meeting, the new GST return system for all taxpayers and for all forms will be implemented from April 2020.

Filling PART A of Questionnaire of GST ANX-1

The first option is itself reconciliation, if we see through the perspective of old return system. It is a reconciling the outward supplies shown in GSTR-1 and tax paid through GSTR-3B.

Here, the nature of supplies refers to B2B, B2C and other type of supplies. In case you have sold to only B2B in one month and in second month you have B2C sales. Then, choose “Yes” option.

Filling Part B of Questionnaire of GST ANX-2

Have you made any

Supplies made to consumers and unregistered persons (Table 3A)

The supplies made to consumers and un-registered persons (i.e. B2C) shall be reported in this table. Supplies shall be reported tax rate wise and net of debit /credit notes. There is no column to report HSN code, so HSN code is not required.

The third column states “Supplies covered Under Section 7 of IGST act”. The supplies covered under those tables need to be reported in next tables, otherwise it should be left as blank.

What if the value becomes negative after net of debit and credit notes?

The supplies other than those attracting reverse charge made to the registered persons, all GSTIN holders should be reported here. Also, reporting of supplies made to government departments and other entities having TDS/TCS registration shall also be reported here. This would also include any amendments made.

What should not be reported here?

Export with payment of IGST shall be reported in Table 3C while those without payment of tax in Table 3D. (Check Export type- “WPAY & WOPAY”)

The supplies made to SEZ units / developers shall be reported in table 3E and 3F depending whether the supply was made with or without payment of Integrated tax.

The supplies considered as “deemed exports” shall be reported here. It will also include any amendments.

There is a option whether the supplier will claim refund or not. If refund is to be claimed by the supplier, then recipient will not be eligible to avail input tax credit on such supplies.

The supplies on which reverse charge mechanism is applicable should be reported here GSTIN wise not invoice. The amount of advance paid shall be declared in the month in which the same was paid. The value of supplies should be net of debit and credit notes and advances on which tax has been paid, if any.

“Where only advance has been paid to the supplier, on reporting the same, the credit shall flow to the main return (FORM GST RET-1) and shall be reversed in table 4 of the said return. This credit can be availed only on receipt of the supply and issue of invoice by the supplier”

What if the supplies are received from an unregistered dealer?

Since, unregistered dealer do not have GSTIN so, PAN Number should be reported  in Table 3H.

Import of services (Table 3I)

Import of services net of debit/credit notes and advances paid on which tax has already been paid at the time of advance shall be reported here. Invoice wise details are not required. Services received from SEZ units and developers shall not be required in this table.

Import of goods shall be disclosed here-document type, Port code, Bill of entry and value shall be disclosed. Since, IGST is levied at the time of import; tax will not be paid in return. The exact amount of IGST and Cess paid at the port of import may be reported here, to avail input tax credit. Any reversal of ineligible credit should not be declared here, rather in Table 4B of main return. (Form GST Ret-1).

The recipient shall provide document wise details of the supplies for which credit has been claimed but the details of supplies are yet to be uploaded by the supplier(s) concerned.

However, in the new return beta utility released by GST department, there is no sheet for providing details of invoices. This is little bit confusing, hope a clarification comes soon.

Although, the details of supplies made through e-commerce operators liable to collect tax under Section 52 shall be reported in Table 3 but in Table 4 you have to report at consolidated level.

The documents of the period prior to the introduction of new return system can be reported in the annexure. But, they shall be accounted for payment of tax. Now, three scenarios arise and their solutions.

Recipient will get credit of input on the basis of details of documents uploaded by the supplier up to the 10th of the following month for which return is filed for. However, such credit will only credited to the ledger when the recipient fills his return. Two situations arise here whether the return is filed by recipient monthly or quarterly. 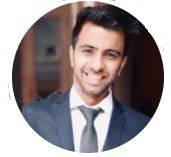 Hi, I am Akash Arora. I am the founder of this website. Our objective is to support businesses in India and making them GST compliant. We at Gstmentor believe our work forms an important part of our lives and being true to our work is our only purpose.

Everything about CA Articleship